Fierce Love on Display in Mexico

We receive testimony after testimony from schools around the world that are experiencing increased measures of revival! One of these communities is Mexico School of Supernatural Ministry (MXSSM). Since the launch of this school in January of 2015, the goodness of God is being radically demonstrated throughout Mexico City! Miracles of healing and restoration are truly becoming the new normal for the school’s leaders and students.

As you read this school story from Jazmin Garza, the Director of MXSSM, we pray that your heart would be stirred with fresh hunger and faith to see city transformation through your school. God is longing to make His radical love known through your community!

Saying “Yes” to the Vision

The subway in Mexico City is one of the most crowded ones in the world. It is filled with hearts and souls hoping for a better future. In the summer of 2014, I was visiting the city and something from God came alive in me right in the middle of rush hour. I felt Papa God was saying that this is the season for Mexico to explode with revival and to start a school of supernatural ministry.

Living in a city of 20 million people, it seems like a school of students would never run out of people to pray for. Yet I realized God’s purpose for the school would go beyond releasing healing or prophetic words. I started to receive vision for cultural transformation, heaven on earth in every sphere of society, revival being brought to families, businesses, education, the arts, and areas beyond my wildest dreams.

I felt an injection of God’s love for the city and chose to say “yes” to Him. I took on the challenge of starting a school! I said “yes” to Papa knowing that something of this scope could not be accomplished alone. I was so grateful that He had already connected me with a couple living in the city that had a heart to start a school. After reconnecting, I felt led to partner with them, and so we started planning!

While there are thousands of churches in this city, our next challenge was answering the question, where do we begin building connections? We encountered so much hunger and so many possibilities. I felt that if we were to plan for the long run, we needed to do it with humility and a heart to serve the local church.

It was  important for us to recognize that there were many pastors who had already paid a price to cultivate thriving communities of believers. We wanted to honor their leadership and so we decided to only take students whose pastors felt comfortable with them coming to our school. It wasn’t easy. In fact, at one point we had to turn down a group of 15 students. We chose honor over numbers because we believed the fruit of the school would speak for itself.

God was faithful in that process as we experienced the blessing of inaugurating Mexico School of Supernatural Ministry (MXSSM) with 70 students on January 31st, 2015. It has been quite the ride ever since! 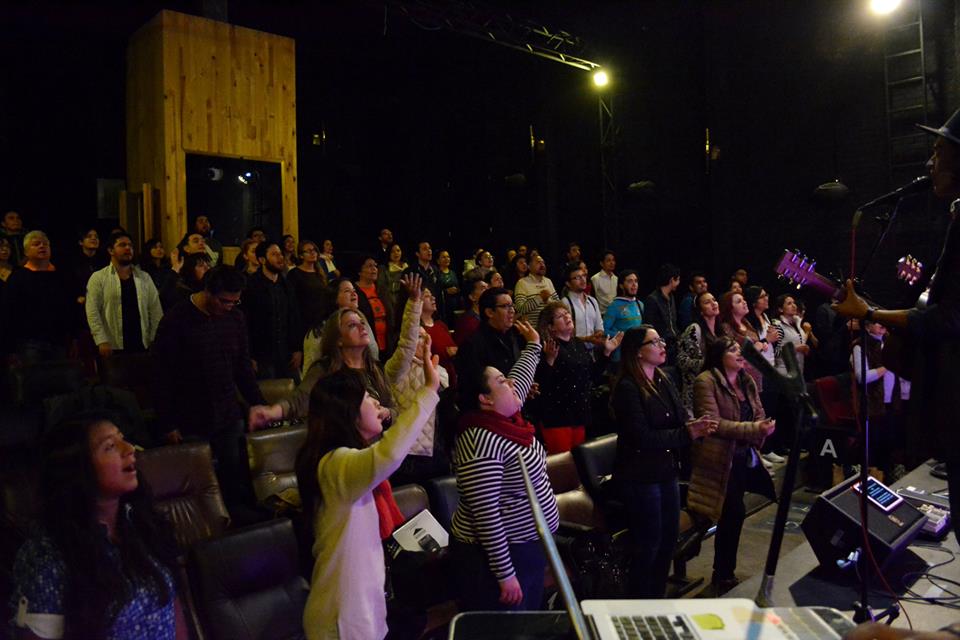 On day one, we played the first video from the BSSM 1st Year Curriculum with Bill Johnson. We were challenged by his testimonies of healing, feathers appearing, and other supernatural activity. When the video was done, we said to the students, “Ok, now let’s try.” We saw over 10 people healed, some at the hands of students who had never prayed for healing or believed in it prior to that day.

Some of my favorite moments from this past year have been when students have come to me with stories of personal breakthrough in their lives, or when they tried something we learned in class and it worked. I was most impacted by these instances because I could see our students realize that they are truly inhabited by the same Spirit that dwelled in Jesus when He walked the earth. They’ve learned who they are and have become part of a community of believers that is going after the more of God.They have discovered their new and true nature.

We’ve had students heal arthritis, bring people to Christ, deliver people of drug addictions, and experience restoration in their own marriages. Some have even been healed of cancer and seen individuals healed of cancer after they prayed. The Kingdom of Heaven is at hand in Mexico City! Miracles are normal here.

We’ve been able to establish a community that experiences signs and wonders on the foundations of love, compassion, honor, and brave communication. Our students have made messes too, which have led to powerful breakthroughs. Knowing they’re loved, even when they fail, has brought a lot of freedom to their lives. It has allowed them to really work out some issues in their hearts, experience restoration, and live free from the fear of being punished.

Next month, we’ll graduate our very first class of revivalists. As we celebrate their achievement, we look forward to seeing them continue to walk in everything they’ve learned. I told them, ”This is just the beginning.” They get to be naturally supernatural as they do family, go to work, raise their children, and when they encounter the sick and hopeless ones in need of an encounter. They get to be everything they were made to be, and become leaven in this city.

As we reach the end of this first chapter of MXSSM, I realized that we don’t need the majority in our city to bring transformation. God is able to use a small group of willing vessels. We only need to believe His fierce love is within us. 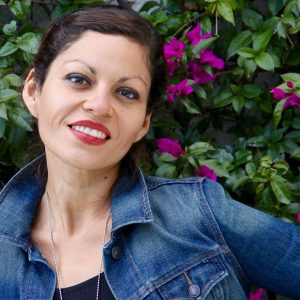 Jazmin Garza is the Director of MXSSM and was born and raised in Monterrey, Mexico. When she was 18, God called her to missions through YWAM. She went through their Discipleship Training School and fell in love with His heart for the nations and the unique gifts and personalities that He has placed in each country. Jazmin was on staff at several YWAM bases and had the blessing and privilege to minister in many countries such as Argentina (where she lived for 2 years), Chile, Venezuela, Brazil, Thailand, Botswana, Zambia, South Africa and Spain. In 2014, after graduating BSSM’s Third Year Program, Jazmin left for Mexico City and started a school of supernatural ministry. The school is using BSSM Video Curriculum, the very curriculum of which she led the translation into Spanish subtitles. It is her heart to see heaven invade her native country.

2 responses to “Fierce Love on Display in Mexico”

Jim was a Third Year BSSM student from Medowie, Australia. He is serving with BSSM School Planting and volunteering for Brandon Rice, a First Year Revival Group Pastor. In Medowie, Jim is on staff at a church and is planning to plant a school of supernatural ministry upon his return. We are hoping that one…

Creating a strong, healthy community is vital to any school. When you have students that do not attend church together or might live far away from each other, cultivating a time of connection is necessary to empower your students to step out in vulnerability, processing life, and taking risk with Holy Spirit. This is the…